Odisha is largely a rural and agrarian economy where nearly 62% of its 1.75 crore workforce is employed in agriculture. The sector is evolving fast as farmers adopt new farming practices and transition to different cropping systems. As such, the role of agriculture extension, essentially farmer advisory and outreach services, has become more crucial over time.

Through 8,000+ government officials, Odisha’s agriculture extension system provides critical information to farmers such as crop advisories, weather alerts, information on agriculture schemes and services. However, the state’s agriculture extension system has been grappling with shortage of staff for many years. Ideally, one ground level extension official should be responsible for managing one Gram Panchayat which consists of 8-10 villages and covers roughly 2,000 farmers, but in the present scenario as many as four Gram Panchayats are being managed by one extension official on the ground.

The resource crunch becomes more severe during those months of the year in which extension officials are engaged in assisting the farmers with sowing of seeds, watering the crops, conducting pest surveillance and applying fertilizers and pesticides.

One of the key responsibilities of government extension officials is protecting agriculture crops from pest infestation through on ground surveillance and regular field visits. In 2017, Odisha was hit by a drought followed by a severe pest outbreak due to which approximately 1.3 lakh hectare of agricultural land from 11 districts was destroyed by an insect pest called brown planthopper which fed on rice crop. This caused acute farmer distress with many farmers setting their crops on fire owing to the twin calamity that had hit their crops. As an immediate response, the Odisha government announced relief measures by providing loan assistance and input subsidies to the affected farmers. But the government was cognizant of the fact that it had to devise a sustainable strategy to tighten on ground pest surveillance by increase staffing of extension workers.

To this end, the Department of Agriculture and Farmers’ Empowerment (DAFE), Government of Odisha came up with an innovative programme called “Fasal Surakhya Abhiyaan” (Save the Crop Campaign) to collaborate with the state’s agriculture universities for deploying students as supplementary extension workforce in the pest prone blocks. Samagra supported (DA&FE) in designing and implementing this solution. Nearly 120 agriculture students, called pest scouts, worked with government officials from 21 districts and 57 blocks to conduct rigorous pest surveillance and awareness dissemination on the ground.

Owing to the success of the initiative, the department decided to provide more structure to the program and expand its scope beyond pest surveillance to all extension services such as information awareness dissemination, scheme adoption and field assessments.

In July 2019, the department launched a one of its kind student apprenticeship programme called “Agriculture Development Associates” under which 487 students from 3 agriculture universities in the state participated in a four-month apprenticeship with block officials in 120 most pest endemic blocks out of a total of 314 blocks across 30 districts. To effectively manage 487 students on ground, DA&FE, with the support from Samagra, designed and implemented the programme in a manner that would create maximum impact.

The Agriculture Development Associates programme was aimed at strengthening the extension ecosystem during the peak agriculture season, which is Kharif in Odisha. The detailed programme design included induction training, a weekly activity calendar and even performance evaluation metrics for student associates.

Samagra’s technology team created an app, using open source technology to capture data and outputs of every activity assigned to student associates. This helped in objectively evaluating their performance and making them accountable. Performance-linked bonuses over and above the basic stipend also helped in improving the motivation levels of the associates. 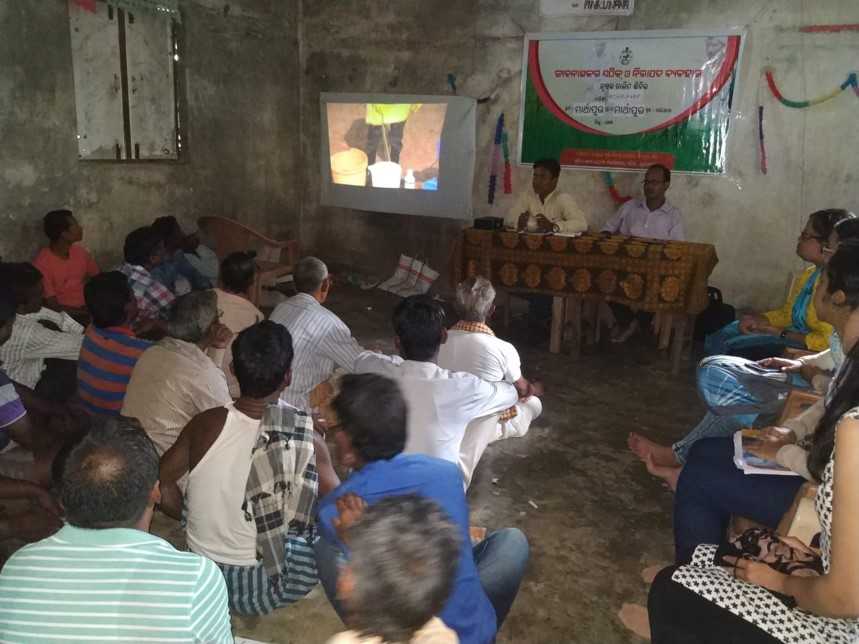 Through the engagement of 487 student associates for a duration of 4 months, the department was able to achieve the following outcomes –

With positive feedback from all stakeholders over the last 2 years, the programme is a success story ready to be institutionalised as a critical element of Odisha’s agriculture extension delivery system.